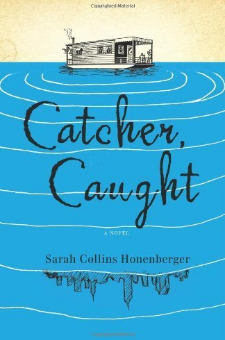 After an earth-shattering diagnosis of leukemia, 15-year-old Daniel Landon sees a reflection of himself in the words of J.D. Salinger's

The Catcher in the Rye

. Inspired by Holden Caulfield, Daniel begins to question the intentions and authority of those around him in his own search for identity as he faces death. Tired of his cramped surroundings and hippie parents’ alternative approaches to his treatment, he follows the footsteps of Caulfield to New York City in search of the same eternal truths, only to discover the importance of home when death looms. A coming of age story, a love story, and a new classic,

will engage the imagination of more than one generation, searching for lasting values. 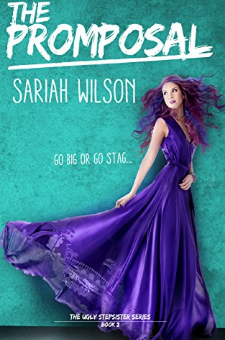 Now that life has finally given her everything she’s ever wanted, Mattie Lowe has one thing on her mind: Prom. Determined to throw the most epic prom ever, Mattie sets out to plan a memorable and magical event—one that would make the late John Hughes proud.

But when her gorgeous and perfect boyfriend, Jake Kingston hasn’t popped the most creative promposal of all time, Mattie starts to worry. Actually, Jake hasn’t asked her at all—he’s been distant and quiet. And Mattie isn’t about to go to her senior prom solo. Suddenly, it seems that everything is stacked against her and falling apart quickly. With rivals vowing to sabotage her event and her boyfriend’s odd behavior, Mattie’s convinced the night is headed toward ruin. Will the snarky, purple-haired manga artist lead her class to an unforgettable night of fun and frolic or will she go down in high school history as the worst president to run the school? 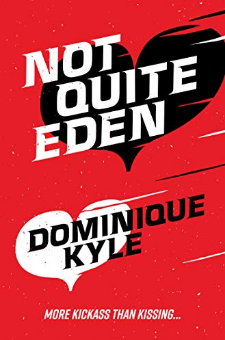 Sixteen-year-old, trainee car mechanic and motorcycle rider, Eve McGinty, isn't one to take things lying down (males please note!), but she never expected to have to step in to save the life of that annoying idiot, Adam Quinn. And she only did it because she's reserving the right to kill him herself!

Eve McGinty and her flamboyant next door neighbour, Adam Quinn, have been bitter rivals for as long as they can remember, but when Eve's younger brother, Jamie, is invited to join the rock band that the irrepressible Quinn and his friends have formed, she manages to be grudgingly pleased on his behalf. Unfortunately, the members of the band have made some dubious decisions in their eagerness to get a recording deal and when things turn nasty with the local psychopathic night club bouncers and drug dealers, Eve feels she has no option but to step in to prevent her little brother from being dragged down with the rest of the boys.

And as the consequences spiral out of control, Eve is forced to spend a lot more time with the irritating Quinn than she ever really wanted to…

Contemporary, action-packed, coming-of-age romance with a strong female lead and a wanna-be alpha male. A light-hearted, fast-paced story of how one kickass teen deals with misogyny in and out of the workplace as she tries to get ahead in a traditionally male job. 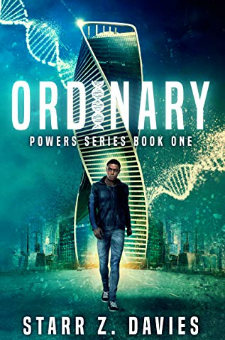 Having a superpower is ordinary. Your Power determines your entire life. But 17-year-old Ugene is Powerless. He can’t read minds or enhance his strength. He can’t manipulate natural matter or heal injuries.

Determined to find out why he is different, Ugene submits himself as a test subject at Paragon. But nothing is as it seems. All exits from the testing floor are sealed. Subjects endure brutal and sometimes deadly injuries. No amount of power can save them.

When his new friend Jade disappears, Ugene is shocked to discover why so many test subjects vanish without a trace.

Now, Ugene must choose between his own preservation . . . or the lives of countless other test subjects.

Ordinary is the first installment in a YA dystopian sci-fi trilogy. If you like fast-paced action, dynamic characters, and ongoing mystery, then you’ll love this series starter. 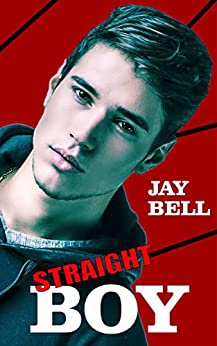 I love him. And I’m pretty sure he loves me back… even though he’s straight.
When I first met Carter King, I knew he was something special. I imagined us being together, and we are, but only as friends. Best friends! I’m trying to be cool with that, even though I know he has secrets, and there have definitely been mixed signals. I don’t want a crush to ruin what we already have. Then again, if there’s any chance that we can be together, it’s worth the risk, because Carter could be the love of my life. Or he might be the boy who breaks my heart.
Straight Boy is Jay Bell’s emotional successor to his critically acclaimed Something Like… series. This full-length novel tells a story of friendship and love while skirting the blurry line that often divides the two. 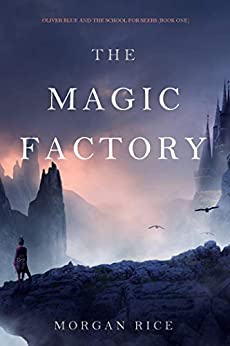 “A powerful opener to a series [that] will produce a combination of feisty protagonists and challenging circumstances to thoroughly involve not just young adults, but adult fantasy fans who seek epic stories fueled by powerful friendships and adversaries.”
--Midwest Book Review (Diane Donovan) (re A Throne for Sisters)
“Morgan Rice's imagination is limitless!”
--Books and Movie Reviews (re A Throne for Sisters)
From USA Today and #1 bestselling fantasy author Morgan Rice comes a new fantasy series for teens and adults.
THE MAGIC FACTORY: OLIVER BLUE AND THE SCHOOL FOR SEERS (BOOK ONE) tells the story of one very special boy, Oliver Blue, different than those around him and unloved by his hateful family. Obsessed with inventions, Oliver is determined to escape his horrible life and make his mark on the world.
When Oliver’s family moves again, to another awful house and school, he is bullied and excluded, and sees no way out. But when he stumbles across an abandoned invention factory, he wonders if this could be his way out. Who is the mysterious old inventor hiding in the factory? What is his secret invention?
And might this factory be a portal to somewhere else?
An inspiring fantasy, THE MAGIC FACTORY is book #1 in a riveting new series filled with magic, love, humor, heartbreak, tragedy, destiny, and a series of shocking twists. It will make you fall in love with Oliver Blue, and keep you turning pages late into the night.
Book #2 in the series (THE ORB OF KANDRA) and Book #3 (THE OBSIDIANS) are now also available!

“The beginnings of something remarkable are there.”
--San Francisco Book Review (re A Quest of Heroes)