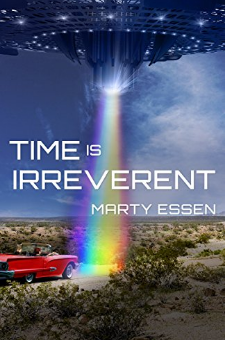 What if you could make a change to history that would eliminate the Spanish Inquisition, American slavery, World War II, global warming, and an egomaniacal US president who thought he was smart enough to drop nuclear bombs here and there without negative consequences? What if that change also made the United States and 5 billion people poof from existence? Would you do it?

When alien time travel specialists, the Krichards, learn of President Handley's game of dodge the mushroom cloud, they race to Earth to investigate. For them, the question of whether it's worth it to change history is easy to answer, but they will only proceed if the human they deem best qualified to represent Earth agrees to make the change. Erasing Handley's nuclear annihilation will require a quick jump to AD 31 to correct an error in history. If the Krichards select a brilliant scientist or an elite athlete for the task, Earth may be in good hands. Instead they select Marty Mann, a mildly successful travel writer whose only superpower is not taking life too seriously. What could possibly go wrong?

Spanning from the Cretaceous period to 2056, Time Is Irreverent is a hilarious, thought-provoking satire, with unpredictable twists, colorful aliens, huge dinosaurs, a smokin' hot lesbian from the future, and a cameo from Jesus Christ himself!

Publisher's Warning: This book is intended for a liberal audience and features satirical content that may not be appropriate for Donald Trump supporters or those who are offended by views that challenge traditional religious beliefs. Common side effects include wide smiles, sudden laughter, and occasional snorts. Reader discretion is advised. 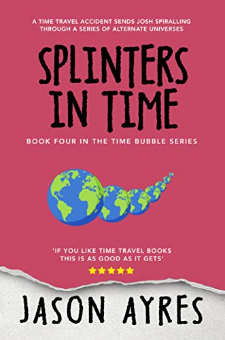 It's bad enough getting lost in time. But when you don't even know if you're in the right universe, you're really in trouble.

When his ex-girlfriend, Lauren, starts having recurring nightmares about a strange alternate reality, Josh becomes interested in proving the existence of other universes. Finding a focal point in the past from which thousands of new universes seem to stem, he travels back in time to find out how they were created. Unfortunately he ends up causing the very event that he went back to investigate.Cast adrift in the multiverse, he no longer has any control over where and when he will end up. With each jump sending him further and further back in time, he finds himself lurching from one reality to another, some similar to his own, others drastically different. He has but one hope - to find an alter ego in another universe to help him find his way home. But in worlds ravaged by wars and diseases, it becomes a battle just to stay alive.This story is the fourth part of an epic series exploring the time travel genre in original and innovative ways. The novels follow the main characters from youth to middle age as they jump forwards, backwards, and sideways into alternate worlds.Want to know more about the author? You can find him at:Website: jasonayres.co.ukFacebook: facebook.com/TheTimeBubble/Twitter @TheTimeBubble=============================================================================

What readers are saying about Splinters in Time...

Superb series seems to get better the longer it goes - Ozzie2920 on Amazon UK.Really enjoyable addition to the series. If you like time travel books this is as good as it gets. And more to come hopefully. -itjustmyopinion on Amazon UK.I've read all of these books and I think it's remarkable how Jason tied it all together. The way he manages to write them all as stand alone books and for together in this way is pure genius. Thanks Jason for writing such amazing books that have fed one of my obsessions - time travel. - Shazzy on Amazon UK.Another great time bubble story. Love the interlinking nature of the novels. -Ian B Cormack on Amazon UKExcellent addition to one of the best time travel series I have ever read, and I have read dozens. - ilvwdw on Amazon USA 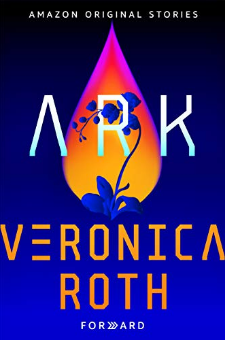 Audible narration by Evan Rachel Wood (Westworld)On the eve of Earth’s destruction, a young scientist discovers something too precious to lose, in a story of cataclysm and hope by the #1 New York Times bestselling author of the Divergent trilogy.

It’s only two weeks before an asteroid turns home to dust. Though most of Earth has already been evacuated, it’s Samantha’s job to catalog plant samples for the survivors’ unknowable journey beyond. Preparing to stay behind and watch the world end, she makes a final human connection.

As certain doom hurtles nearer, the unexpected and beautiful potential for the future begins to flower.

Veronica Roth’s Ark is part of Forward, a collection of six stories of the near and far future from out-of-this-world authors. Each piece can be read or listened to in a single thought-provoking sitting.

Thirty-five years of peace. One vicious attack destroys it all.

Reservist Lieutenant Justin Spencer loves every minute of flying fighters through space during his annual two-week tour with the Coalition Defense Force. The job back home isn’t nearly as thrilling as blowing up asteroids with the squadron under his command, but it keeps him close to his wife and daughter. After all, joining the CDF was only for the free education. Justin never expected a battle, much less a war.

With one shot across his cockpit, peacetime fades into memory.

An unexpected enemy emerges with overwhelming force designed to obliterate the Terran Coalition. The League of Sol has a different name, but it’s the same communist regime that chased away much of Earth’s population hundreds of years ago.

Illusions of returning home are shattered in a single instant. Simulated battles become all too real, and it’s full-on engagement or permanent elimination. Death and destruction erupt across the Terran Coalition and leave Justin in a protracted war with only one truth remaining.

The battlefield will leave no one unscathed.

Includes all six novels in the bestselling Battlegroup Z series (and a never before released short story):

Five star reviews for Weapons Free, book 1 in the series:"Daniel Gibbs writes a brand of military sci-fi that once again calls up the horrors of war along with the bravery and dedication of those who fight those wars to protect us."

"This was one heck of a book. It is hard-hitting, action-packed reading from beginning to end, with an outstanding story to go with it.”

"This book kept me reading. I rarely acquire the second book in a series. However, I am really looking forward to the next book.”

“Loved the equality of religions and fleet action. Reminded me of Battlestar Galactica.”

“Space opera at its best. Another action-packed sci-fi adventure that will grab you by the gut and not let you go.” 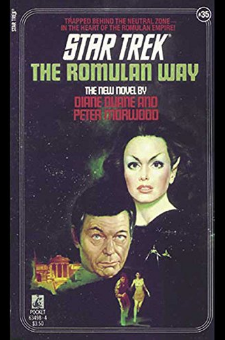 An electrifying thriller from bestselling author Diane Duane set in the

They are a race of warriors, a noble people to whom honor is all. They are cousin to the Vulcan, ally to the Klingon, and Starfleet's most feared and cunning adversary. They are the Romulans—and for eight years, Federation Agent Terise LoBrutto has hidden in their midst. Now the presence of a captured Starfleet officer forces her to make a fateful choice—between exposure and escape. Between maintaining her cover—and saving the life of Dr. Leonard McCoy. Here, in a startlingly different adventure, is the truth behind one of the most fascinating alien races ever created in 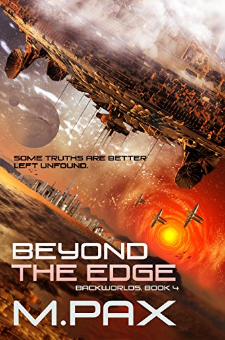 Some truths are better left unfound.For two years Craze’s dear friend, Lepsi, has been missing. The murmurings of a haunted spaceship might be a message and may mean his old pal isn’t dead. The possibility spurs Craze and Captain Talos to travel to uncharted worlds, searching. Out there, in an unfamiliar region of the galaxy beyond the Backworlds, they stumble upon a terrible truth.Meanwhile, Rainly remains on Pardeep Station as acting planetlord, dealing with the discovery of her lover’s dark and brutal past. Alone and questioning her judgment, her introspection unlocks more than heartache. Latent protocols in her cybernetics activate, forcing her to face a sinister secret of her own.In the far future, humanity settles the stars, bioengineering its descendants to survive in a harsh universe. This is the fourth book in the science fiction series, The Backworlds. A galactic adventure.