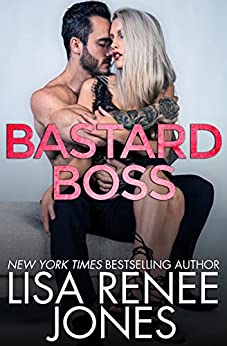 A sexy, dirty talking alpha. The beautiful, sweet, and fiery Bella. Her boss. A contract that forces him to marry. An arrangement that will change them forever. Meet Tyler Hawk...
Tyler Hawk is a man with secrets and a dark past. A man who has known tragedy and betrayal. He wants for little, but what he wants is more power, a legacy that is his own, and not his father's. There are obstacles in his way, one of which is the scandal his father left behind and a will with certain demands.
Behind the scenes he is a man on edge, and only one woman sees the truth hidden beneath his strong will and dominant rule. Bella is somehow demanding and submissive, fiery and yet sweet. She can give him everything he wants, she just doesn't know it, not yet, but she will. If she'll just say yes and sign on the dotted line.
Book one in the Tyler & Bella Duet. 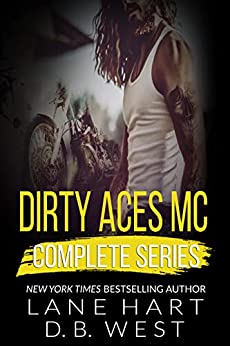 Go for a ride with the bad boys of the Dirty Aces MC! These six dirty-talking bikers will sweep you off your feet and leave you begging for more!
~ MALCOLM ~
While Malcolm Hyde may look like your very own personal Jesus, he’s anything but a saint. Covered in tattoos and leather, he’s a smoking hot biker and nothing but trouble.
As the president of the Dirty Aces MC, Malcolm is known for being cold and calculating. One bad decision – getting into business with the wrong person – is all it takes to bring down the entire MC. It’s happened before to his predecessor, which is why Malcolm refuses to let it happen again on his watch. He doesn’t trust anyone except for the few men who wear the same ace of spades patch on their back.
And that’s exactly why he doesn’t ever take his eyes off of me – the new girl. I never intended to make an enemy out of Malcolm or the MC when I was sent to steal everything I could from them.
~ DEVLIN ~
As one of the enforcers for the Dirty Aces, sometimes I have to hurt people. Using my fists to get results is not something I enjoy – it’s just part of the job. My loyalty will always be to the MC and no one else.
So just because Jetta James is a hot as hell girl I once hooked up with at a rock concert, it doesn’t mean I can give her brother a break on the gambling debt he owes to the Aces.
When Jetta finds out I’m a member of the MC, she thinks I’m bad news; but her brother Sean is the one drowning in his bad decisions.
~ NASH ~
Whenever Nash Kincaid looks in the mirror, he only sees a monster who ruins lives. Thanks to his involvement with the Dirty Aces MC, there’s so much blood on his hands he’ll never wash them clean again. Violence is just part of the outlaw lifestyle. That’s why he’s not all that surprised when he’s hit with divorce papers three years after his wife walked out on him.
The last thing Nash needs right now is a nosy new neighbor who refuses to leave him alone. If Lucy knew Nash’s dark secrets, he’s certain that she would run the other way rather than try her best to get into his bed. Thanks to a failed marriage, he knows he can never be the man Lucy needs him to be, not while he’s a member of the MC with a life sentence hanging over his head.
~ SILAS ~
A late-night attack at her home convinces Cora that leaving Carolina Beach behind to start over in witness protection is her only choice.
What Cora doesn’t know is that the tough, no-nonsense FBI agent who swoops in to protect her is not who he says he is.
In fact, he’s the last man she should ever trust.
~ WIRTH ~
After a patch-over party turns into a near-fatal shootout that injures several members, the Dirty Aces MC is left reeling.
Wirth feels especially guilty since he wasn’t at the bar when his brothers needed him the most. Instead, he had left with a beautiful, mysterious woman, making some of the new members question his loyalty to the club.
Needing to clear his own name, Wirth intends to find out who the rat is within the MC. Suspicious of the new girl, Maeve, he decides to try and get closer to her to determine where her true loyalties lie.
~ FIASCO ~
When he takes two bullets during a shooting, Fiasco nearly loses his life. And in a way, dying may have been the easy way out.
But once he saw Joanna’s face, the angelic nurse doing everything she could to save his life, he wanted nothing more than to live.
Overcoming his injuries is just the first obstacle Fiasco will have to face. If he can’t get back to his construction job soon, he’ll lose everything he’s worked so hard to have, along with all the people who depend on him.
WARNING: THIS BOX SET CONTAINS SEXUALLY AND PHYSICALLY VIOLENT SCENES THAT MAY BE A TRIGGER FOR SOME INDIVIDUALS. 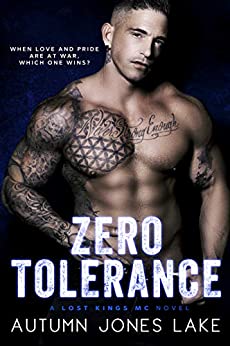 I’ve spent a lot of years as a hit-it-and-quit-it player only seeking a good time. As Vice President of the Lost Kings Motorcycle Club, willing women are never in short supply.
I never needed any of them for long.
Until I met her.
My perfect woman. Like a mermaid, she was beautiful, smart, and hard to hold onto.
I thought I’d convinced her we’d be good together long-term, but then she disappeared without a word.
Almost three years.
That’s how long it’s been since I saw her.
Just as I finally moved on, my mythical woman resurfaces.
She forgot to mention one little thing before she vanished.
One small secret growing up into a big lie.
It’s a betrayal too big to overcome.
I should hate her.
Even though she’s heartbreak wrapped in a seductive package.
I want her more than ever.
Zero Tolerance is part one of a trilogy. 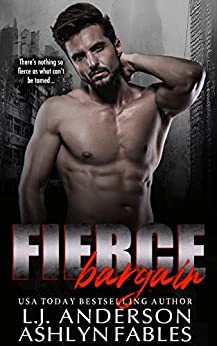 When Georgia finds out she’s pregnant during the apocalypse, she’s sure things can’t get any worse.
She was wrong.
Kidnapped by her father’s enemy, she’s kept below the earth, unsure of her fate. In true rock-bottom fashion, the mine shaft she’s being held in collapses, leaving her good as dead.
Thankfully, Dane from the elusive Keep comes to her rescue.
Tall, broody, and way too arrogant for his own good, Dane is determined to bring her back to her father and claim a reward. Unfortunately, first they have to trek through miles of wilderness to get to safety.
Georgia hates Dane, and he thinks she’s too mouthy for her own good. But when their pent up frustration gets the best of them, sparks fly.
As if things weren’t complicated enough.
But Dane is just as much a villain as he is a hero. He seeks to claim Georgia and her baby as his own—which she is not having.
Or at least that’s what she thinks.
Because the more she tries to resist his cocky demands, the more she finds herself wanting to be Kept.
***Fierce Bargain is a dark apocalypse romance that contains dark themes and may not be suitable for sensitive readers.*** 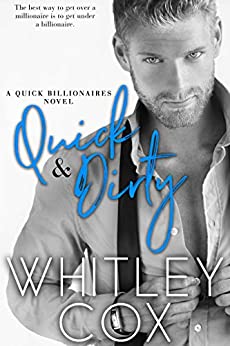 A Quick Billionaires Novel, Book 1
The best way to get over a millionaire is to get under a billionaire.
Travel writer Parker Ryan wants to erase every last trace of her ex from her mind, body, and soul, and what better way to forget a man than to take an all-expenses-paid trip to Tahiti?
She’ll have ten days to write a feature piece about The Windward Hibiscus Resort. That leaves plenty of time for fun and sun— And a smoking hot fling with Tate McAllister, billionaire resort owner, scuba instructor, philanthropist, and let’s face it—sex god.
Parker knows she’s not supposed to mix business with pleasure, but Tate’s ready and willing to wow her in and out of the bedroom. She can get the job done and let him fulfill all her fantasies, can’t she?
But she won’t, repeat—won’t—fall in love with the man. Even if every part of her wants to. 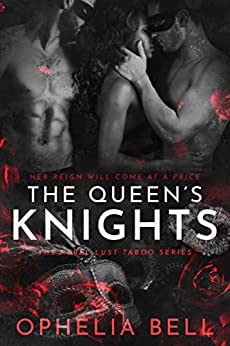 Her reign will come at a price.
Still reeling in the aftermath of sexual assault, Dr. Gwen Brennan struggles with feelings of powerlessness—until she joins the Whitewood Club’s masquerade night. There she reigns supreme, and it is only by her grace that anyone is allowed to touch her.
When a mysterious masked man steals her heart, she’s left with a choice: does she take a chance on forging a new relationship, or does she retreat into the arms of her stalwart bodyguard?
Can she have both?
The Queen's Knights is the novel in the "Rebel Lust Taboo" forbidden romance series. It's a short, hot read with an HEA, perfect for fans of Cherise Sinclair, Chelle Bliss, Jade West, Meghan March, and Sawyer Bennett.