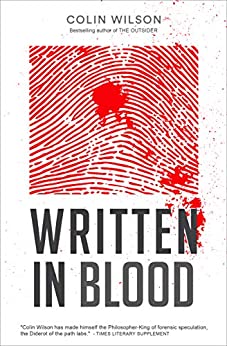 In 44 BC, a Roman doctor named Antistius performed the first autopsy recorded in history—on the corpse of murder victim Julius Caesar. However, not until the nineteenth century did the systematic application of scientific knowledge to crime detection seriously begin, so that the tiniest scrap of evidence might yield astonishing results—like the single horsehair that betrayed the murderer in New York’s 1936 puzzling and sensational Nancy Titterton case.

Many such dramatic tales appear in this updated edition of the most gripping catalog of crimes by acclaimed criminologist Colin Wilson. The book follows the progress of forensic science from the first cases of suspected arsenic poisoning right up to investigations using an impressive armory of high-tech methods: ballistic analysis, blood typing, voice printing, textile analysis, psychological profiling and genetic fingerprinting.

“Colin Wilson has made himself the Philosopher-King of forensic speculation, the Diderot of the path labs.” —The Times Literary Supplement

“Will enthrall connoisseurs of violent crime.” —The Glasgow Herald