The Wren and the Swordfish Pilot 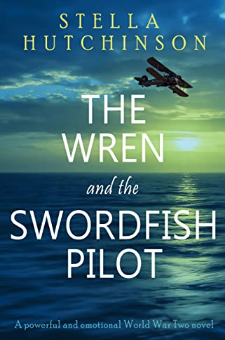 Heartwarming, courageous, and ultimately uplifting - for all lovers of WW2 history

When Cathy’s twin brother is called to serve in the Royal Navy, she leaps at the chance to join the Wrens, which by 1942, has grown into a strong force of over sixty thousand women. But she longs to be at sea and prove herself – to fight alongside her brother.Already working her way up through the ranks is Wren Officer Anne Foxton, who takes command of a ‘stone frigate’ in the traditional man’s world of the British Navy. It’s a responsible job – and for her – the opportunity of a lifetime. Then into Anne’s well-ordered world comes a young Swordfish pilot who has earned himself quite a reputation. Which one of her girls will catch his eye – and what lengths will he go to, to win her?And then there’s Linda, a motorcycle despatch rider, enjoying freedom for the first time in her life and learning all manner of secrets as she takes important messages from one top location to another. She sees a lot more than the war office might be comfortable with, including plans for Operation Pedestal – the most ambitious convoy ever sent through a barrage of enemy fire to the island of Malta. Essential supplies must get there before it's too late, but what can she do to help the Navy boys fight their way through?Against all odds, the women are drawn to help each other. Together, they find the courage to work and play in a war-torn world. All three are placed in grave danger and will only survive with determination, skill and luck. Will they be able to do it?