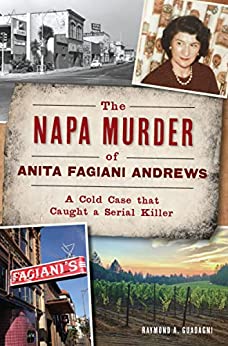 In 1974, the brutal murder of Anita Fagiani Andrews, a fifty-one-year-old former beauty queen and mother of two, shook the small working-class town of Napa. Detectives, criminalists and forensic experts raced to identify who'd struck Anita down in her own bar, but despite their efforts, the case went cold. Decades passed, during which the town grew into a world-renowned wine region and tourist destination, but the case remained an open question. After thirty-seven years, thanks to DNA evidence, the killer--imprisoned for a different murder--was finally found and brought to justice. Join author and retired judge Raymond A. Guadagni as he tells the story of the shocking murder, the investigation and the subsequent trial over which he presided in 2011.