The Making of Eastern Europe 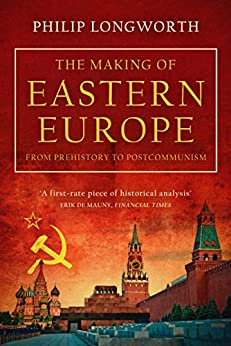 The characteristics of Eastern Europe as we know it today were formed long before the Soviet Union came into existence.
In searching for the origins of Eastern Europe’s difficulty in adapting to democracy, this sweeping history ranges from the present day to the time of Constantine the Great, from the Urals to the Mediterranean and the Baltic, and emphasises culture and society, as well as politics and economics.
The resulting analysis provides the crucial, long-term background to the current situation facing Eastern Europe. This new perspective and the insight it brings will improve our understanding of this complex region and be of immense value to all students of European history.
Has the collapse of Communism resulted in liberation or disappointment for the hopeful millions of Eastern Europe? In The Making of Eastern Europe Philip Longworth argues that their predicament is only partly due to the imposition of the Soviet system: rather, they are largely the heirs of misfortune which dates back centuries.
Praise for Philip Longworth:
'I warmly commend The Making of Eastern Europe... a first-rate piece of historical analysis... I find Professor Longworth's comments constantly illuminating on a region of Europe which I had up to now thought I knew reasonably well' - Erik de Mauny, Financial Times
'A rich and varied work... Longworth's is a bold and always arresting study' - Jeremy Black, History Today
Philip Longworth is Professor of History at McGill University in Montreal, Canada, and the author of several books including The Cossacks and the widely praised Alexis, Tsar of all the Russians. Before moving to Canada he taught at the University of Birmingham and for the Open University.