The Key to Justice 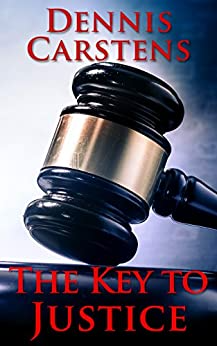 "A shot in the dark, right in the gut, that’s what Carstens is good at. The Key to Justice is full of twists and turns as the Twin Cities live in terror of a violent stalker. Carstens aims to be realistic about the law and its enforcers, and he hits it right ... The plot is as full of surprises as a Minneapolis Jucy Lucy and ultimately just as satisfying." -Tony Dunbar, Anthony- and Edgar-nominated author of the Tubby Dubonnet legal thriller series. THE CASE OF A LIFETIME WALKS IN THE DOOR...Financially embarrassed, getting a divorce, living in a shabby apartment, and distinctly short of clients, Marc Kadella’s beginning to question why he ever went into the law when a friend brings him the case all Minneapolis is watching—defending an accused serial killer. If he wins, it could turn his life around—if he blows it, he better go into sales.Dennis Carstens weaves a gritty, street-wise narrative in this action-packed legal thriller, sure to please fans of courtroom drama and classic noir. You can almost see the guys in this one sporting fedoras, and the babes would stop traffic even without the cleavage Carstens makes their standard attire. But there’s a contemporary angle sure to please fans of both sexes--the toughest guy in the story is gorgeous investigator Maddy Rivers.Carstens seems to relish getting her into increasingly brutal fights, some with laughs—like the time she roughs up a couple of rogue cops and takes away their guns. And when this author gets into an action scene, the prose flexes its muscles like a prison weightlifter.Kadella and Rivers’ job is to find the evidence that will exonerate Kadella’s client Carl Fornich, a convicted sex offender recently out of prison. But the prosecution's evidence is stacked a mile high—the murder weapon found at his house, an eyewitness, a semen sample, and blood from two victims. To top it off, the cops really want to nail this guy—one cop in particular.Carstens realistic take on the law as a nuts-and-bolts, often rickety way to make a living blends nicely with his worldly-wise portrayal of backroom deals, crooked cops, and judges and politicians who connive and collude right on up to the governor’s mansion.It's a classic David-and Goliath setup, and the author’s got some pretty fancy twists in store as Kadella unravels a complicated plot to set his client up, and Maddy battles demons that just keep coming at her. Fans of John Grisham, Scott Pratt, Richard North Patterson, and of course the most beloved lawyer sleuth of all time, Erle Stanley Gardner’s Perry Mason, will gobble up this one and go back for the rest of the series.