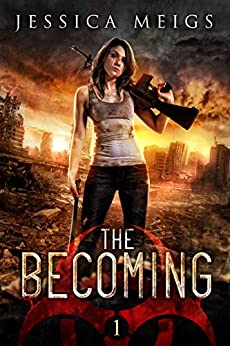 The Michaluk Virus is loose.

In the heart of Atlanta, a virus has escaped the CDC and transformed most of the population of the southeastern US into homicidal cannibals. As society rapidly crumbles under the hordes of infected, three people—Ethan, a Memphis police officer; Cade, a former IDF sharpshooter; and Brandt, a lieutenant in the US Marines—band together against the oncoming crush of death and terror.

As they hole up in a safe house in Mississippi, others join them in their bid for survival. When an attack of the infected forces them to flee, they encounter more danger than they bargained for. And one man’s desperate search for answers in Memphis uncovers information that heralds a horrific possibility that there may be more to the virus than first suspected.

* This is a newly released, revised and expanded edition of The Becoming, which was originally released in 2011 by Permuted Press. Posted reviews prior to December 2020 may be reflective of an older edition of the novel.