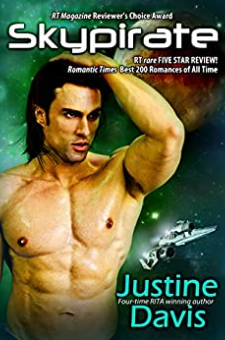 "5 star classic"--RTRT Career Achievement Award - Futuristic RomanceRT Readers Choice Best Book AwardA legendary warrior and a slave with dangerous secrets.Bound by a love neither expected or wanted. A need for revenge. Hunted by the Coalition and haunted by his past, Dax Silverbrake is determined that those who conquered his planet, almost completely destroying the Triotian people, will not enslave his young ward. But to rescue her, he must also rescue a woman who wears the notorious Coalition slave collar--a woman whose secrets could destroy what is left of his soul. An unforgivable past. Once an integral part of the Coalition command structure, collared slave Califa Claxton hides secrets that could mean her death by rebels and the Coalition alike. Her biggest fear is that the one act of courage which left her collared may never be enough to erase the past or give her a future. One chance, two souls who need redemption. An unexpected and white-hot passion might change everything--if they can put the past behind them and risk everything for the rebellion. Author of more than 60 books (she sold her first ten in less than two years), Justine Dare Davis is a four-time winner of the coveted RWA RITA Award and has been inducted into the RWA Hall of Fame. Her books have appeared on national best seller lists, including USA Today.