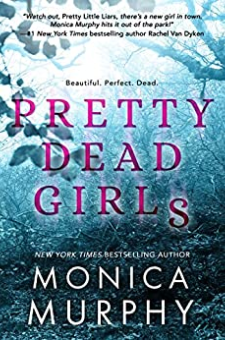 “A suspenseful, thrilling read that will keep you on pins and needles until the last page.” —Liezel and Angie's Book Blog Beautiful. Perfect. Dead.In the peaceful seaside town of Cape Bonita, wicked secrets and lies are hidden just beneath the surface. But all it takes is one tragedy for them to be exposed.The most popular girls in school are turning up dead, and Penelope Malone is terrified she's next. All the victims so far have been linked to Penelope—and to a boy from her physics class. The one she's never really noticed before, with the rumored dark past and a brooding stare that cuts right through her.There's something he isn't telling her. But there's something she's not telling him, either.Everyone has secrets, and theirs might get them killed.