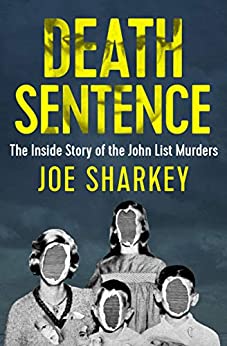 The true account of the man who murdered his family in their New Jersey mansion—and eluded a nationwide manhunt for eighteen years.
Until 1971, life was good for mild-mannered accountant John List. He was vice president of a Jersey City bank and had moved his mother, wife, and three teenage children into a nineteen-room home in Westfield, New Jersey. But all that changed when he lost his job. Raised by his Lutheran father to believe success meant being a good provider, List saw himself as an utter failure. Straining under financial burdens, the stress of hiding his unemployment, as well as the fear that the free-spirited 1970s would corrupt the souls of his children, List came to a shattering conclusion.

“It was my belief that if you kill yourself, you won’t go to heaven,” List told Connie Chung in a television interview. “So eventually I got to the point where I felt that I could kill them. Hopefully they would go to heaven, and then maybe I would have a chance to later confess my sins to God and get forgiveness.”

List methodically shot his entire family in their home, managing to conceal the deaths for weeks with a carefully orchestrated plan of deception. Then he vanished and started over as Robert P. Clark. Chronicling List’s life before and after the grisly crime, Death Sentence exposes the truth about the accountant-turned-killer, including his revealing letter to his pastor, his years as a fugitive with a new name—and a new wife—his eventual arrest, and the details of his high-profile trial.