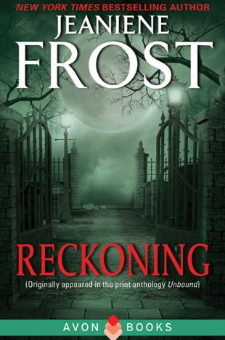 In New Orleans, a pair of undead serial killers are about to turn Mardi Gras into a horror show--unless the immortal hitman Bones can hunt them down first. From Jeaniene Frost comes a thrilling prequel novella featuring characters from her 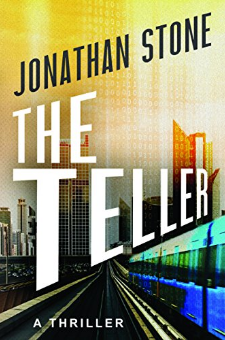 Twenty-three-year-old Elaine Kelly doesn’t earn much as a bank teller, and most of her salary goes toward caring for her terminally ill mother. When a lonely old man who deposits money at her bank every week gets hit and killed by a delivery truck, Elaine—a good Irish girl from Queens—thinks she’s found the answer to her problems. She’ll just transfer $1 million from the dead man’s account into hers.

Except that the lonely old man may not have been who he seemed. And when you take $1 million that isn’t yours, it can cost you…way more.

Acclaimed author Jonathan Stone’s pulse-pounding thriller takes readers from the darkest corners of New York’s financial empire into a shadowy hierarchy of wealth and power. The Teller follows the money—and takes readers along for the wild ride.

Revised edition: This edition of The Teller includes editorial revisions. 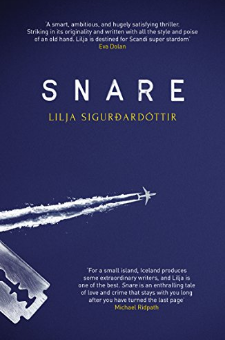 A young mother resorts to smuggling cocaine into Iceland, as she struggles to keep custody of her son, with devastating results ... First in the addictive, award-winning Reykjavik Noir Trilogy by the Queen of Iceland Noir. ***Longlisted for the CWA International Dagger***

––––––––––––––––––––––––––––––––– After a messy divorce, young mother Sonia is struggling to provide for herself and keep custody of her son. With her back to the wall, she resorts to smuggling cocaine into Iceland, and finds herself caught up in a ruthless criminal world. As she desperately looks for a way out of trouble, she must pit her wits against her nemesis, Bragi, a customs officer, whose years of experience frustrate her new and evermore daring strategies. Things become even more complicated when Sonia embarks on a relationship with a woman, Agla. Once a high-level bank executive, Agla is currently being prosecuted in the aftermath of the Icelandic financial crash. Set in a ReykjavÍk still covered in the dust of the EyjafjallajÖkull volcanic eruption, and with a dark, fast-paced and chilling plot and intriguing characters,

'Tense, edgy and delivering more than a few unexpected twists and turns'

'Sharp shocks of chapters hit with increasing energy ... a towering powerhouse of read and I gobbled it up in one intense sitting'

'The intricate plot is breathtakingly original, with many twists and turns you never see coming. Thriller of the year'

'This first novel of a planned trilogy is stylish, taut and compelling and a film adaptation is in the pipeline. With characters you can't help sympathising with against your better judgement, Sigurdardottir takes the reader on a breathtaking ride'

'Lilja Sigurdardottir delivers a diabolically efficient thriller with an ultrarealistic plot ... We cannot wait for Sonja's next adventure'

'A smart, ambitious, and hugely satisfying thriller. Striking in its originality and written with all the style and poise of an old hand. Lilja is destined for Scandi super stardom'

'For a small island, Iceland produces some extraordinary writers, and Lilja is one of the best.

'Zips along, with tension building and building ... thoroughly recommended'

is an exceptional read, cementing Lilja’s place as one of Iceland’s most outstanding crime writers’

‘Clear your diary. As soon as you begin reading

, you won’t be able to stop until the final page’

is a great read and the finale is both shocking and unexpected … a Wizard-of-Oz ending, without the laughs. Terrific and original stuff' 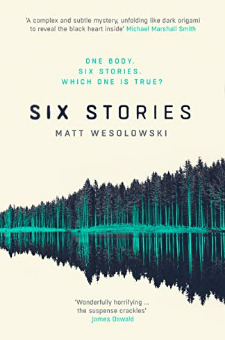 Elusive online journalist Scott King investigates the murder of a teenager at an outward bound centre, in the first episode of the critically acclaimed, international bestselling Six Stories series... For fans of

'Haunting, horrifying, and heartrending. Fans of Arthur Machen, whose unsettling tale The White People provides an epigraph, will want to check this one out'

'A complex and subtle mystery, unfolding like dark origami to reveal the black heart inside'

Scarclaw Fell. The body of teenager Tom Jeffries is found at an outward bound centre. Verdict? Misadventure. But not everyone is convinced. And the truth of what happened in the beautiful but eerie fell is locked in the memories of the tight-knit group of friends who embarked on that fateful trip, and the flimsy testimony of those living nearby.

Enter elusive investigative journalist Scott King, whose podcast examinations of complicated cases have rivalled the success of Serial, with his concealed identity making him a cult internet figure. In a series of six interviews, King attempts to work out how the dynamics of a group of idle teenagers conspired with the sinister legends surrounding the fell to result in Jeffries' mysterious death. And who's to blame... As every interview unveils a new revelation, you'll be forced to work out for yourself how Tom Jeffries died, and who is telling the truth.

A chilling, unpredictable and startling thriller,

is also a classic murder mystery with a modern twist, and a devastating ending. ________________ Praise for the Six Stories series

'Impeccably crafted and gripping from start to finish'

Matt Wesolowski brilliantly depicts a desperate and disturbed corner of north-east England in which paranoia reigns and goodness is thwarted ... an exceptional storyteller'

'Beautifully written, smart, compassionate – and scary as hell. Matt Wesolowski is one of the most exciting and original voices in crime fiction'

'It's a relentless & original work of modern rural noir which beguiles & unnerves in equal measure. Matt Wesolowski is a major talent'

'Endlessly inventive and with literary thrills a-plenty, Matt Wesolowski is boldly carving his own uniquely dark niche in fiction'

'Disturbing, compelling and atmospheric, it will terrify and enthral you in equal measure'

'A relentless and original work of modern rural noir which beguiles and unnerves in equal measure. Matt Wesolowski is a major talent'

'With a unique structure, an ingenious plot and so much suspense you can't put it down, this is the very epitome of a must-read'

‘Wonderfully atmospheric. Matt Wesolowski is a skilled storyteller with a unique voice. Definitely one to watch’ 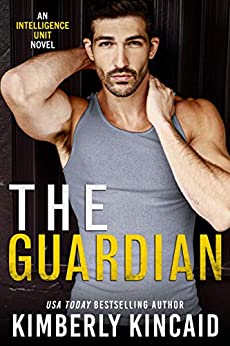 Guard against any danger. Especially if it comes from within.
Detective Matteo Garza doesn't just do the job--he is the job. He's learned the hard way that work and pleasure can't co-exist.
So when his little sister's best friend accidentally uncovers a money laundering scheme led by one of Remington's most cold-blooded criminals, Garza vows to keep things strictly business as he keeps her safe.
No matter how much the quirky mathematician makes him feel things best left buried.
No matter how much she makes him want.
Delia Sutton knows she's not like most people, just like she knows she needs to forget her ages-old crush on Matteo
and focus on survival.
But the closer they get, the bolder she becomes--the more she breaks down his carefully crafted barriers to discover the man beneath.
Danger is closer than either of them could possibly imagine
and no one can be trusted.
Delia needs a guardian to fight by her side, and Matteo will do anything to protect her.
No matter who the enemy is.
The Guardian is a scorching forbidden lovers romantic suspense featuring a grumpy Alpha hero who would walk into fire to save the woman he loves and a smart-is-sexy number-nerd heroine who would save him right back. Equal parts heart-pounding suspense and steamy romance. Complete standalone with no cheating and a full (but hard-fought!) HEA. 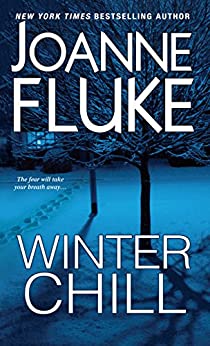 A small town is rocked by a string of suspicious accidents in this suspense thriller by the New York Times bestselling author of The Other Child.
The moment Marian Larsen sees the patrol car stop outside her house, she feels a shiver of foreboding. The news is even worse than she feared. Marian’s husband and young daughter have been in a snowmobile crash. Dan is paralyzed and Laura is dead, her body broken on the icy ground.
Friends and colleagues in Marian’s Minnesota hometown rally around to try and ease her grief. But soon there are more horrible accidents. Then the rumors start—that these are not coincidences at all, that someone is picking off victims one by one. And as winter deepens, the search for answers will reveal a killer whose blood runs colder than the blinding snow . . .
For lighter mysteries, don’t miss Joanne Fluke’s Hannah Swensen series!