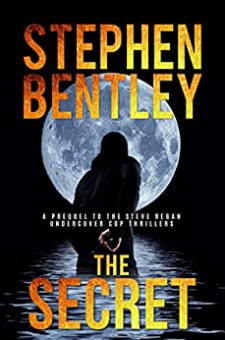 What is the secret capable of destroying a glorious achievement and a source of national pride?

A secret so enormous it could not be told for many years, until now.

British undercover cop Steve Regan experiences a baptism of fire when he investigates ‘THE SECRET.’

New and old Steve Regan fans can now discover him at the beginning of his crime-busting career in this gripping thriller.

Join Regan in this prequel to the Steve Regan Undercover Cop Thriller series by tagging along with Steven Hanrahan as a young C.I.D. detective in 1970’s Liverpool until his world is shattered by a tragic event involving a fatal car crash.

The young detective is hand-picked for a dangerous undercover assignment. On accepting the role, he moves to London - the ‘Smoke,’ adopting a new identity.

The legend of Steve Regan is born with a foolproof backstory so he can infiltrate the international crime gang behind England’s biggest sporting secret. A secret so shocking it could taint the image of British sport irreversibly if it were ever divulged.

What is that secret? Is it worth dying for?

Get it now to find out what happens when Regan sets off on his first undercover adventure.