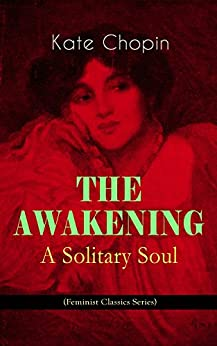 This carefully crafted ebook: "THE AWAKENING - A Solitary Soul (Feminist Classics Series)" is formatted for your eReader with a functional and detailed table of contents.The Awakening, originally titled A Solitary Soul, is the story of Edna Pontellier and her struggle between her increasingly unorthodox views on femininity and motherhood with the prevailing social attitudes of the turn-of-the-century American South. The novel is set in New Orleans and on the Louisiana Gulf coast at the end of the 19th century, and it is one of the earliest American novels that focuses on women's issues without condescension. It is also widely seen as a landmark work of early feminism, generating a mixed reaction from contemporary readers and critics.Kate Chopin (1850-1904) was an American author of short stories and novels. She is now considered by some to have been a forerunner of the feminist authors of the 20th century of Southern or Catholic background, such as Zelda Fitzgerald. Her major works include two short story collections, Bayou Folk and A Night in Acadie, and novel The Awakening. Within a decade of her death, Chopin was widely recognized as one of the leading writers of her time.