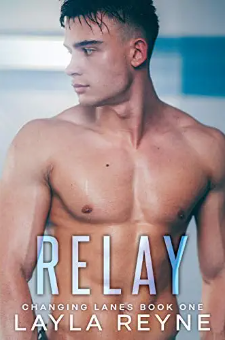 A last chance at swimming gold, a second chance at lasting love.

Team captain.Olympic medalist.Devoted son and brother.Alex has it all, and all the demands that go with being the best.The last thing he needs on his crowded plate—and on his team—is his closeted ex.Dane is swimming’s biggest star.Carefully crafted from crib to pool, his fame feeds his celebrity parents’ empire.He dropped the act once—the summer he fell in love with Alex.Ten years later, the performance is crushing his soul.So is resisting the man he still loves.As the team struggles to gel, Alex and Dane clash in and out of the pool.Forgive and forget is easier said than done.But something has to give, if Alex and Dane want a shot at gold.And a second chance at love.

Team captain and team celebrity square off in this enemies to lovers, second chance MM sports romance between two elite swimmers fighting against their hearts and fighting for Olympic gold.