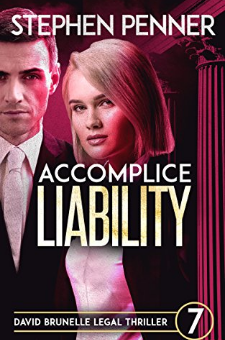 THERE'S NO HONOR AMONG THIEVES, BUT WHAT ABOUT MURDERERS?

Seattle homicide prosecutor David Brunelle faces a prosecutorial nightmare. A drug addict-turned-police informant is found murdered, his body dumped publicly as a warning to others. The prime suspect is the drug lord the dead man was snitching out. And the only witnesses to the murder were also accomplices to it. Decisions have to be made, and deals have to be cut. Brunelle struggles through a maze of coconspirators and defense attorneys to answer the questions at the core of his dilemma: Who deserves a break? And who deserves the full punishment of the law? Will a collection of scared drug addicts and loyal hangers-on be willing to testify against a man who already killed one police informant? And even if they are, will the jury believe anyone whose testimony was purchased with a plea bargain? Brunelle encounters new friends and past opponents as he tries to hold a killer responsible, both aided and hindered by the doctrine of accomplice liability.

is Book 7 in the top-rated legal thriller series featuring Seattle homicide D.A. David Brunelle and a recurring cast of cops, defense attorneys, and forensic experts. Each book in the series can be read as a stand-alone novel, but also follows the personal and professional growth of Brunelle and his friends and foes.

"David Brunelle may or may not win his case, but Stephen Penner has definitely created a winner here."

If you're looking for an authentic legal thriller with plenty of twists and turns,