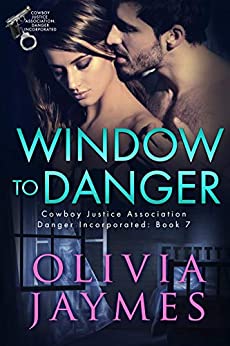 What would you do if you witnessed a murder but no one believed you?

That’s the position Desiree “Dizzy” Foster finds herself in. Through a bedroom window, she watched as her neighbor strangled a woman. But when the police arrive, there’s no body and no evidence. They’re not buying her story because she has a reputation in Tremont for being a little different, a little strange. She might be both of those things but she’s definitely not a liar. She knows what she saw.

Easton Anderson is a man who is comfortable with numbers and logic. He doesn’t believe in healing crystals, Tarot cards, or aura cleansing. So when Dizzy says she witnessed a murder, he wants to believe her. He truly does. But it isn’t easy.

But the more time he spends with Dizzy, the more he gets pulled into the mystery. Something is going on next door, and if she’s right, there’s a murderer living only a few feet away. He’ll have to trust more than the figures on his spreadsheets if he’s going to keep the woman he’s falling in love with from becoming the next victim.