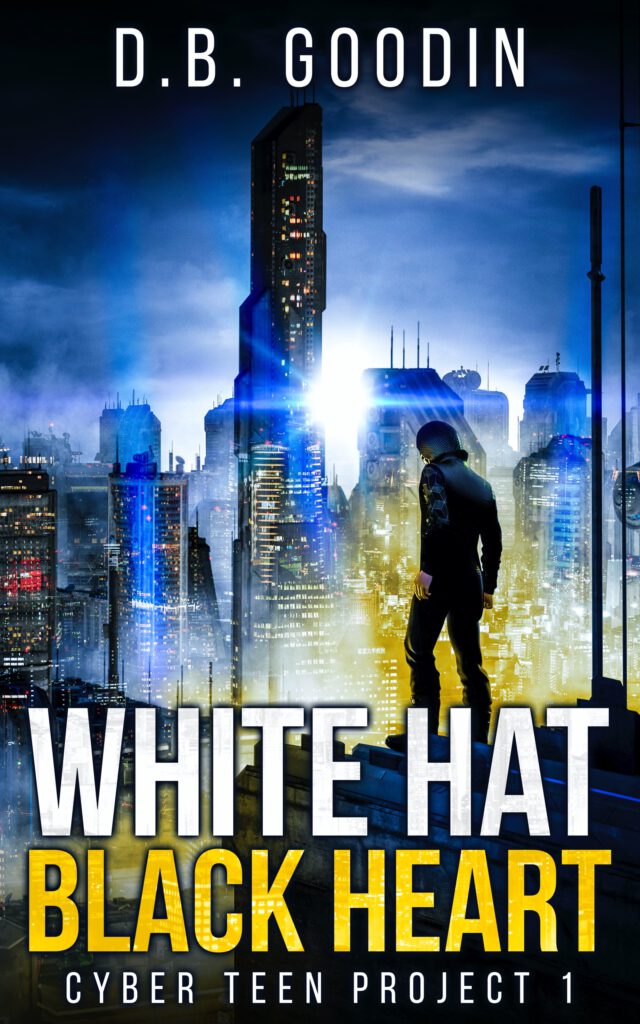 Playing a virtual game is fun…unless the game wants you dead.

Nigel Watson is a clever teenage hacker who uses his skills to make extra spending
money. But, after someone plunders his mother’s bank account and drains the funds,
Nigel realizes his hacking could save the family.

Soon, Nigel’s online expertise is noticed by the billionaire founder of the Colossal
Machine, a virtual game played by millions of people around the planet. When Nigel is
given a chance to show his prowess, his skills outshine the work of the current
developers. He even discovers new ways to cheat the game that no one else knows.
But, Nigel doesn’t realize that his sudden success has made enemies who want him
dead.
Nigel is thrust into the shadows of the Dark Web – a hidden part of the Internet where
evil can find its way to your door. Little does he know, but the object of the game has
become Nigel’s life.

In this cyber thriller, you never know who to trust when the virtual world makes it
impossible to decrypt friend from foe.