Vegas and the Mob: Forty Years of Frenzy 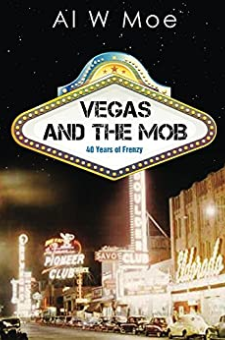 Las Vegas was the Mob’s greatest venture and most spectacular success, and through 40 years of frenzy, murder, deceit, scams, and skimming, the FBI listened on phone taps and did virtually nothing to stop the fun. This is the truth about the Mob's history of control of the casinos in Vegas like you’ve never heard it before, from start to finish. Las Vegas history has never been so fascinating! "Vegas and the Mob" tells the story of how the Mob began in the 1920's, how Bugsy Siegel and Meyer Lansky became partners, and how Las Vegas fell to the Mob after two of the nation’s most powerful crime family bosses went to prison in the 1930’s: Al Capone, and Lucky Luciano. Frank Nitti took over the Chicago Outfit, while Frank Costello ran things for the Luciano Family. Both men were influenced by their bosses from prison, and both sent enough gangsters into the streets to influence loan sharking, extortion, union control, and drug sales.Bugsy Siegel worked for both groups, handling a string of murders and opening up gaming on the west coast, and that included Las Vegas, an oasis of sin in the middle of the desert – and it was legal. Most of it. The FBI watched as the Mob took control of casino after casino, killed off the competition, and stole enough money to bribe their way to respectability back home. By the 1950’s, nearly every major crime family had a stake in a Las Vegas casino. Some did better than others. Casino owners watched over their profits while competing crime families eyed each other's success like jealous lovers. Murder often followed.But that's not the end of the story! The FBI finally started cracking down on the Mob and casino skim in the 1960's, and even with car bombings, murder and arson, it was twenty more years before the government was able to say the Mob was out - in the 1980's. This book tells the whole story!