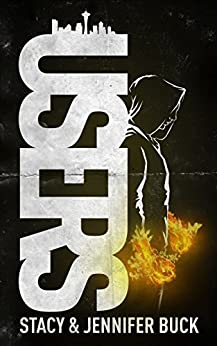 Carter is a recovering heroin addict with superpowers.He's been clean for years, but after his girlfriend walks out on him, he tries to fall off the wagon and fails. But not before he gets himself in trouble with the law and drug cartels.After Carter is forced to do the unthinkable to someone he thought was a friend, he's on the run with few places to turn. He doesn't have a lot of friends anymore. They were all drug abusers, but he knows where he can turn for help. He hits the local elks lodge for a meeting with the AA crowd. Only this meeting is made up entirely of USERS.He meets an old man by the name of Walt, who offers for Carter to come to the Compound. It was some kind of rehab for USERS.Once there, he's put through the ringer as Walt trains him to not only fight, but to be a man.Will it be enough to stop what's coming for Carter? Find out in USERS: My Angels Have Demons the 1st book in the USERS series.