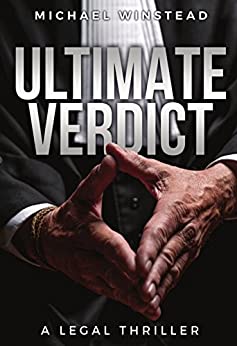 Judge Raleigh Westlake has dedicated his career to the pursuit of justice. For a decade he toils within a broken legal system. When a young woman is murdered on a snow-covered mountain, the case lands in Westlake's court. The murderer confesses and is convicted. Judge Westlake sentences the killer to the Ultimate Verdict–death.
An appellate court reverses the conviction on a technicality. The killer was deaf at the time of his arrest and could not have heard the Miranda warning. The confessed murderer goes free.
This miscarriage of justice launches Judge Westlake and four colleagues on a quest for justice despite the system. With the cooperation of two determined lawyers and two dedicated US marshals, Westlake creates his own mobile courtroom, hidden within a semi-trailer. The most perverse and arrogant criminals are tried secretly and given the final, unappealable verdict.
The sentences are harsh, and swift executions are disguised to look like accidents or suicide. But Judge Westlake needs more. He must send a message with one final verdict. A traitor among them informs US Attorney Caroline Bannister about the secret court. With Bannister in pursuit, Westlake is forced to confront his lawless actions and test his dedication to true justice.