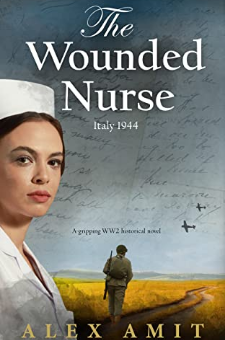 Italy 1944, Grace, a military nurse, is injured in a German plane attack and loses her leg. For her, the war is over.Lying in a military hospital south of Rome, Grace decides to escape the convoy back home. She wants to recover, become a nurse once again and tend to other wounded soldiers.John, who was blinded from his injury, lies in bed next to her and at night Grace begins to read him letters from the woman awaiting him back home. He's the only one who doesn't see her disability.But, as Grace becomes more attached to John, she realizes that he will never love her and that maybe she should date Henry, a bomber pilot from the nearby airfield who is courting her, making her forget about her love for John.Who will Grace finally choose? Will she succeed in being a nurse once again despite her injury? And will John fall in love with her eventually?Through her own eyes, Grace tells the story of a young woman who struggles to recover and find love in the chaos of World War II.