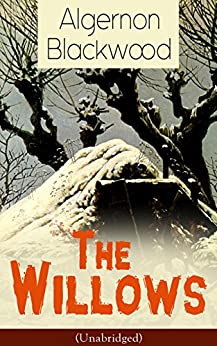 This carefully crafted ebook: "The Willows (Unabridged)" is formatted for your eReader with a functional and detailed table of contents.The Willows is one of Blackwood's best known works and has been influential on a number of later writers. Horror author H.P. Lovecraft considered it to be the finest supernatural tale in English literature. Throughout the story Blackwood personifies the surrounding environment—river, sun, wind—and imbues them with a powerful and ultimately threatening character. Most ominous are the masses of dense, desultory, menacing willows, which "moved of their own will as though alive, and they touched, by some incalculable method, my own keen sense of the horrible." - Two friends are midway on a canoe trip down the Danube River. After managing to land their canoe for the evening, during the night and into the next day and night, the mysterious, hostile forces emerge in force, including large, dark shapes that seem to trace the consciousness of the two men…Algernon Blackwood (1869-1951) was an English short story writer and novelist, one of the most prolific writers of ghost stories in the history of the genre.