The Story of THE RAG! 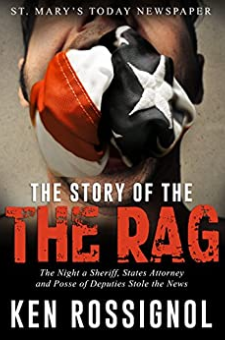 In the short course of less than one year, a small-town newspaper which was run on a shoe-string was featured on the front page of two major newspapers and on network news, all due to covering the news with loud flashy headlines that ‘shouted’ the news rather than boring its readers to tears. In short, the news made news. That was just the beginning, before long the newspaper would be the target of an organized effort by a county sheriff and his deputies and a candidate for states attorney to clean the paper off newsstands the night before an election and result in a landmark First Amendment case which is now the law of the land.