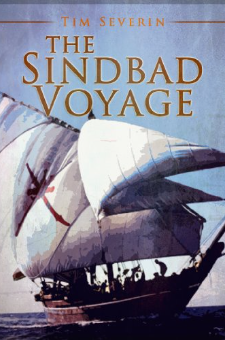 Sindbad.Perhaps the greatest fictional sailor of them all. But could his amazing voyages, recounted in the The Book of One Thousand and One Nights, be recreated in the modern world?Or were they just the stuff of legend?Tim Severin was determined to find out. After three years of research, he created a precise replica of an early Arab trading ship. Not a single nail was used in her construction - her planks were held together with 400 miles of coconut cord. With a crew of twenty, including eight Omani sailors, his ship Sohar (named after the town said to have been Sindbad’s birthplace) completed a 6,000 mile journey by way of India, Sri Lanka, and across the Indian Ocean to Sumatra and Singapore, and finally through the China Sea to a tumultuous welcome in Canton. Along the way, the crew had to swim among sharks while repairing the rudder, catch rainwater to drink while becalmed in the doldrums, and endure the battering of violent seas off the coast of Vietnam. 'The Sindbad Voyage' is the remarkable story of that amazing journey. An enthralling saga of the 7 ½ month voyage, it is one of the most memorable sailing stories of modern times.Tim Severin's sailing books have been widely praised. "Enthralling!" -The Guardian."An extraordinary explorer." - The Independent.Tim Severin is an explorer, film-maker and lecturer, who has made many expeditions, from crossing the Atlantic in a medieval leather boat to going out in search of Moby Dick and Robinson Crusoe. He has written books about all of them. He has won the Thomas Cook Travel Book Award, the Book of the Sea Award, a Christopher Prize, and the literary medal of the Academie de la Marine. He also writes historical fiction.