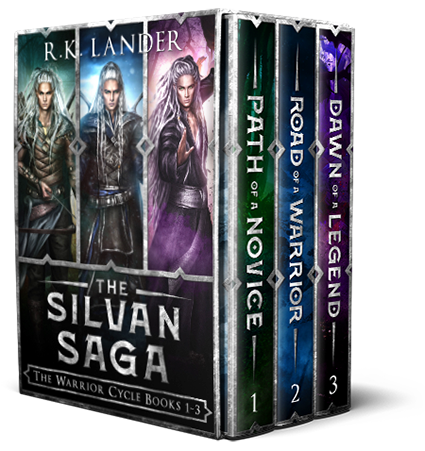 Treachery made him an orphan. Destiny would make him a legend. Only death can stop him from uniting the Elvenking’s realm. The hunt begins.

An immortal warrior joins his first patrol into the Deep Forest as a recruit. Fel'annár learns of brotherhood and battle with Sand Lord and Deviants. But with his first kill, a new ability emerges, one he cannot control. His shrouded past is emerging and for some, it is only a matter of time before the enemy hunts him down.

Treachery made him an orphan, but destiny would make him a legend, if he can survive the onslaught of a ruthless conspirator who will stop at nothing to achieve his goal: the Elvenking's throne.

For fans of David Eddings and Terry brooks, Final Fantasy and Lord of the Rings. Get the first three books in the ongoing high fantasy series The Silvan Saga.

Included in this collection: