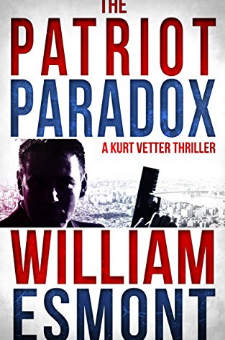 Ex-CIA analyst Kurt Vetter is no stranger to tragedy and loss.  Swearing off any connections to a life he once lead, he retreats to South America--on a self-imposed exile.  But when he receives a mysterious package of encrypted files from his dead brother, he's drawn back into a dangerous world of treason and espionage--a world he swore he'd left behind for good.  It's up to Kurt to uncover the message that his brother was desperate to convey--a message that could be the difference between life and death.  When the files lead him across the world, he encounters Amanda Carter, an enigmatic woman linked directly to his brother, who just might have the information he needs to decipher what's hidden inside the files.  Together, they uncover a plot far bigger than anything he ever anticipated--a rogue CIA mission to detonate a nuclear bomb. But with time running out and his brother's assassins closing in, Amanda and Kurt must face this alone. With millions of innocent lives at stake, they race against the clock to stop the attack.  If they fail, the results could be explosive.Series Details:Book 1 - The Patriot Paradox Book 2 - Pressed Book 3 - Blood in the Streets or get all three titles in one combined edition with The Kurt Vetter Trilogy