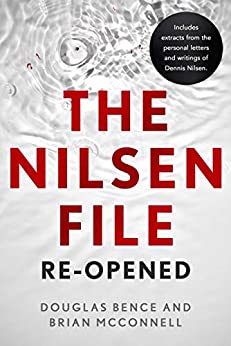 The Standard, May 12, 1983 — a fresh twist in the most astonishing gory case of mass murder since the Moors Murders.

In the unlikely setting of the staid London suburbs of Cricklewood and Muswell Hill, police began in February 1983 to unearth a tangled mass of human bones. Some dated back to 1979, many were unidentifiable, most belonged to transients of no fixed address and doubtful identity, all were victims of brutal killings on a systematic scale. And so began a full-scale investigation into a horrifying outrage.

This is the first full account of a bizarre series of crimes, put together by two Daily Mirror journalists. Brutal, eccentric, unsettling — a tortured parable of our future, The Nilsen File Re-Opened adds further insight and analysis into the inner workings of Dennis Nilsen the man. Drawing also on a range of hitherto neglected material and criticism to offer a 21st-century perspective on the case in its entirety, this updated edition scrutinises the actions of the police and questions whether Nilsen could have been caught much earlier.