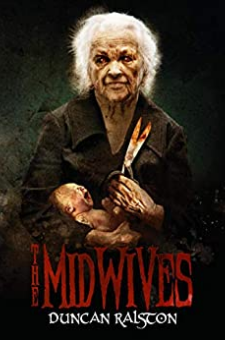 A killer on the loose. A writer on the run. A town plagued by an ancient evil.On tour with his latest book, true crime writer Martin Savage discovers one of his most-dangerous subjects has escaped. The so-called "Witch Hunter," a delusional murderer of women and their unborn children, holds a deadly grudge. He'll stop at nothing to get his revenge, and destroy everything Martin cares about.With nowhere to run, Martin and forensic psychologist Sheila Tanner flee to the town he left when he was a boy, after his mother was locked away in a psychiatric facility. A town hidden deep in his past, where no one would think to look for them.But things are not what they seem in Barrows Bay. The idyllic island holds terrible secrets. An ancient evil lived here long before the first Irish settlers crashed upon its shores in a coffin ship. An evil wearing the innocent faces of elderly midwives who've delivered every child in the Bay for two hundred and fifty years.Martin and Sheila think they’re safe in his childhood home. But Martin’s mother has plans for them. Plans that require sacrifice.And sacrifice requires blood.