The Middle East in Revolution 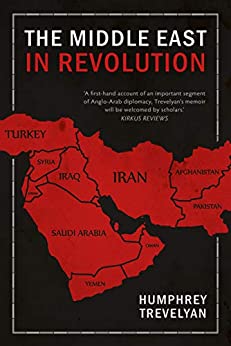 ‘In the end it is Lord Trevelyan’s vivid personal portraits of the men who made the Middle Eastern revolution that leave the strongest impressions.’ The Economist

The years from 1955 to 1967 saw revolutions in the Arab world that set the stage for the present continuing crisis. In his remarkable memoirs, Sir Humphrey Trevelyan recounts this turbulent time in Middle Eastern history. Serving as British Ambassador in Cairo from 1955 to 1956, in Baghdad from 1958 to 1961 and then as High Commissioner in Aden in 1967, no one is better placed to tell his tale.

Describing the events of the Suez Crisis from the inside, Sir Humphrey’s portrait of President Nasser at this crucial time is a masterful combination of insight and forbearance. Meanwhile during his years in Baghdad, he witnessed political shootings, bombings and killings daily. Later conducting the British withdrawal from Aden, all the while endangered by the threat of anarchy and massacre, he famously followed a policy of ‘unite and quit’ instead of the official ‘divide and conquer’ approach.

Sir Humphrey’s fascinating personal account of three troubled countries provides information and a perspective on events in the Arab world which readers could acquire from no other source.

Praise for The Middle East in Revolution
‘His portrait of Nasser is drawn not from journalistic interviews but from the experience of hard negotiation. It is therefore worth having’ - New Statesman

Humphrey Trevelyan (1905-1985) was a British diplomat and author. He occupied several diplomatic posts, including Ambassador to Egypt during the Suez Crisis and Ambassador to Iraq during the Kuwait Crisis. He wrote a number of books including The Middle East in Revolution and The India We Left.