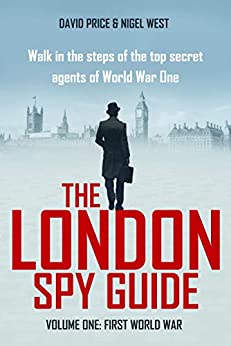 A chance to walk with spies on a guided walking tour…
Intelligence archives recently declassified reveal that just before the outbreak of the First World War London became the focus of a large enemy espionage offensive.
Two German organisations were dedicated to the creation and management of a networks of spies that infiltrated Great Britain from neutral territory, usually the United States and the Netherlands. Dozens of agents, under a variety of ingenious and plausible covers, ranging from cigar salesmen to circus and music-hall performers, travelled to Britain in support of the Kaiser.
The previously secret files reveal the drama, excitement and tragedy of the Kaiser’s agents, of whom twelve were executed, either shot by a firing-squad in the Tower of London or hanged at Wormwood Scrubs. A further four were reprieved, having had their death sentences commuted to terms of imprisonment.
The responsibility for the detection of these, and many other, enemy spies, was left to the country’s principal counter-espionage agency, MI5, which was based at several offices in the West End, and led by a remarkable army officer, Vernon Kell who, despite chronic asthma and poor health single-handedly created an organization that is the forerunner of today’s Security Service.
The London Spy Guide retells the case histories of some of the conflict’s most dangerous spies, and offers an opportunity to walk in the steps of both the individual agents, and the personnel dedicated to their interdiction.