The Life of Mikey 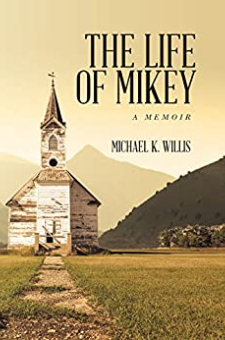 Michael “Mikey” K. Willis spent his most impressionable years in southern Appalachia. In his eye-opening new memoir, he perfectly captures the local culture of 1960s rural North Carolina. Willis’s memoir shows both the unique heritage of the region and his personal struggles as a young man growing up in an abusive family.The mountains of North Carolina serve as a deterrent to outsiders, but the locals embrace the beautiful scenery and rugged isolation. This isolation serves to make Mikey’s life a living hell. Even in the wild beauty of the mountains, he can’t escape the violent actions of his parents. If his father isn’t missing, he is beating young Mikey. But his neighbors know Mikey’s father only as the pastor of the local Baptist church. As Willis explores this early-childhood trauma, he also chronicles his encounters with southern gospel music, baptisms, and revival meetings.Things change for his family when his father accepts a position at a church in Asheville, North Carolina. Mikey suddenly finds himself in the big city. As he makes new friends and encounters the pangs of first love, he finally stands up to his father and plans a better future for himself.