The Fleet That Had to Die 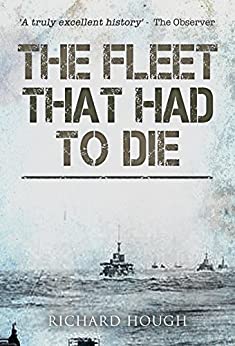 By autumn 1904, the Russo-Japanese war had been raging for six months. Routed in Manchuria, the Russians decided to strike back.
In October 1904, their Baltic fleet, a haphazard armada of some fifty outdated and ill-equipped men-of-war, led by a burnt-out neurotic and manned by 10,000 reluctant and badly-trained sailors, set sail for the East. Their plan was to unite with the Pacific squadron, then trapped in Port Arthur, and crush the soldiers of Admiral Togo.
The two fleets met at Tsushima on May 27, 1905. Most thought the Russians would have little trouble defeating Japanese naval forces. But what followed was perhaps the greatest naval victory of all time.
Richard Hough recounts the fleet's extraordinary seven-month journey from the Baltic to the Far East in this gripping naval history.
Praise for Richard Hough:
"Hough is a good storyteller with a refreshing, breezy style" - The Wall Street Journal
Richard Hough, the distinguished naval historian and winner of the Daily Express Best Book of the Sea Award (1972) was the author of many acclaimed books in the field including Admirals in Collision, The Great War at Sea: 1914-18, and The Longest Battle: The War at Sea 1939-45. He was also the biographer of Mountbatten, and his last biography, Captain James Cook, became a world bestseller.