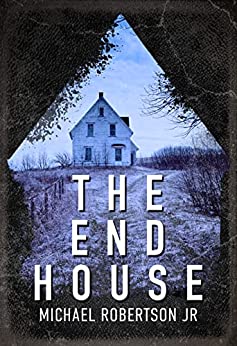 A mind-bending horror novel from the author of the Kindle Bestselling Lance Brody supernatural suspense series!
If these walls could talk … they’d scream.
Struggling writer Declan Scheider wakes confused and alone in the old house’s cold and empty bedroom, but his panic quickly subsides when he sees the moving truck parked out front, and he remembers that the old house is actually his family’s new home.
More memories begin to flood him. Some feel right, some feel … off. Not his own. And as he explores the house, it’s more than memories he begins to feel creeping out of the shadows. He swears he’s seeing things, hearing things that aren’t really there. Things that at first he blames on the howling wind and the house’s creaking old bones, but eventually begin to feel much more real, as if Declan is never quite alone.
When he finds the book bound in worn black leather, he hopes reading will help calm his flailing thoughts. But the stories about the house that the mysterious book has to offer only deepen Declan’s confusion and paranoia, until the line between what is real and what isn’t completely disappears.
Where is he? Who is he?
He thought he knew.
Praise for Michael Robertson Jr's work:
????? "Almost Stephen Kingish in character building and imagination."
????? "The story pulls you in, and makes it hard to put down."
????? "I’m a fan of Dean Koontz and Stephen King and am always looking for a good thriller. Michael Robertson Jr is right up there with them. Love the Lance Brody Series"
????? "One of the best reads in ages! I was drawn in and felt like I knew the characters personally."
????? "This book was so well written. It captivated from page 1. It is truly written in the spirit of Linwood Barclay or Lisa Gardner. Very hard to put down. I just purchased the next series."
????? "I felt like I was part of the story with his vivid details. Lance is a great character, and his exploits are mysterious and will draw you in. Loved this series."