The Daughters of Despair 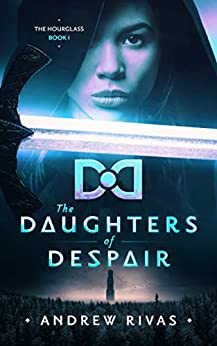 When Princess Ruby of Spinal is kidnapped, rumors about her abduction spread like wildfire around the kingdom. As an investigation mounts, eyewitness accounts from a variety of sources and points of view, including Princess Ruby's, soon reveal there are far more questions than answers.Is it the work of the cultist group the A Capella? Does it have something to do with the upcoming hundredth anniversary of the Storm of the Screaming Skies? Could the mythical Daughters of Despair—the female bastards of kings who do the dirty work of the kingdom—be real, and if so, what would they want with the princess? Or was it an act of war—a coup launched by one of the non-reigning Families of the kingdom to regain the Crown?Before long, a plan is hatched for Prince Stoic of Anima to rescue Princess Ruby in exchange for her hand in marriage. But in a world where science fiction and fantasy meet fairy tale, traditional gambits don't always win the game, and sometimes a princess can only rely on herself.