The Custom of the Trade 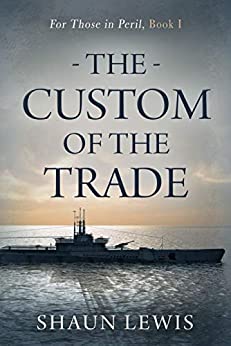 When the submarine starts to sink, how do you survive?

Richard Miller is the second-in-command of the submarine D2. His captain, Lieutenant Johnson, has previously withheld a recommendation for command – Richard is too ill at ease with his men and too fond of his Bible. Just as Johnson changes his opinion, the submarine is involved in a tragic accident and sinks, leaving Richard in a race against time to save his men.

In March 1912, Richard’s cousin, Elizabeth Miller, is an activist in the Women’s Social and Political Union, standing alongside the Pankhursts to gain the vote for women. War is brewing, and no one knows what the future brings.

Once the War arrives, Elizabeth is left to run Miller’s Shipyard, building submarines and ships for the Navy, whilst Richard takes command of a submarine and heads off to war. The fight for women’s equality takes a backseat to the war effort, but Elizabeth knows where women can do the most good – in her shipyard.

Set in the dying days of the Edwardian era, and the violence and heartache of World War I, The Custom of the Trade is filled with rich, historical details of the hazards of life in early submarines, the successful submarine campaign in the Dardanelles and women’s own battles against prejudice to gain the vote.

Shaun Lewis was born in Rutland and educated in Shropshire and Scotland before joining the Royal Navy. In a career lasting twenty years he served in surface ships and submarines, as well as in appointments in intelligence and as a Chinese interpreter. He now lives in Lancashire with his wife, Hilary.