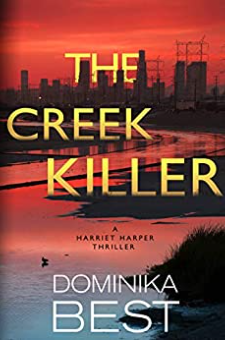 How would you prove you weren’t dead?Jane Smith has been running from danger her whole life. That danger followed her everywhere, leaving a trail of death in its wake. When the mummified bodies of six girls are discovered in the wetlands of Los Angeles, Jane is surprised to learn one of the dead girls bears her name—the name she abandoned twenty-five years ago to go into hiding.Detective Harriet Harper gets pulled into a case to make or break her career…if it doesn’t end her life. When the burial site of six mummified girls is discovered, Harri joins the task force created to bring justice for the dead girls. Forces outside her control threaten her reputation and her coveted position on the team as the killer sets his sights on her, taunting her to come and find him.When a witness comes forward with details that take Harri in new directions, she finds herself moving ever closer to the dark center of a decades-old secret, one that many people would prefer to stay hidden. With her career in the balance and her life on the line, Harri forges ahead to bring a serial killer to justice before he kills again.