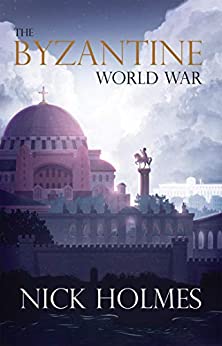 The Crusades shook the world. But why did they happen?

Their origins are revealed in a new light. As part of a medieval world war that stretched from Asia to Europe. At its centre was an ancient empire – Byzantium.

Told for the first time as a single, linked narrative are three great events that changed history: the fall of Byzantium in the eleventh century, the epic campaign of the First Crusade and the origins of modern Turkey.

Nick Holmes not only presents the First Crusade in a wider global context but he also puts forwards new interpretations of the original sources, suggesting that its success was in fact largely accidental, and that the central role of Byzantium in the Crusades has been underestimated.