The Appearance of Mystery 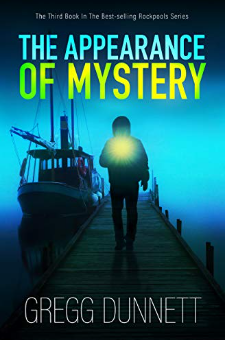 How do you catch a killer, when you’re just a kid?Now sixteen years old, Billy Wheatley has given up all thoughts of childish detective work in favor of his emerging scientific career. He lands a coveted place on a research ship studying great white sharks a hundred miles off the Australian coast. But when he manages to find evidence of a crime even out here, he can’t help but investigate. The only problem – in these shark-infested waters – he quickly bites off more than he can chew.Meanwhile back on Lornea Island, the arrival of a mysterious outsider causes no more than a ripple in the cool off-season calm. It’s a young man, charming, and just rebellious enough to catch the eye of Billy’s best friend Amber. But when the ripple disturbs someone in the island’s murky underworld, dangerous forces are quietly put into action. Who exactly is Amber’s new friend? Why is he really here? And why do some very powerful people want him dead? Despite Billy and Amber’s commitment to get out of the crime-busting business, they quickly find themselves dragged deeper than they’ve ever been before. Because this time they’re not just up against one crazy psychopath, but a whole army of them. The Appearance of Mystery is the third book in the international best-selling Rockpools series.