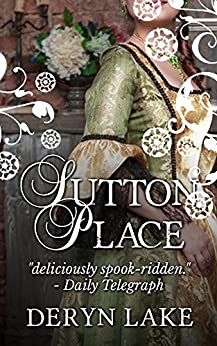 The year is 1051. England is in turmoil. The beautiful and angry Queen Edith curses the ground her husband, Edward the Confessor, hunts on and all its future owners. Five centuries later, Richard Weston, a shrewd politician and rising member of Henry VIII’s court, is awarded the land and builds a magnificent manor house. But his family is living in the shadow of the curse and must soon pay its price. For his son and heir, Francis Weston, will be executed for a crime he did not commit — adultery with Anne Boleyn. As both the vivacious Francis and the mysterious Anne unwittingly sow the seeds of their own destruction, Dr Zachary, the celebrated court astrologer and the Duke of Norfolk’s illegitimate son, tries to contend with dark forces beyond even his control.But Sutton Place has not finished yet and centuries later Lord Northcliffe, a press baron, and Paul Getty, an oil tycoon, will also have to face the darkness…The first novel of Deryn Lake’s haunting trilogy, Sutton Place, masterfully blends fact and fiction as it traces the tortured destinies of all those caught up in the curse. Praise for Deryn Lake: ‘Deliciously spook-ridden’ Daily TelegraphDeryn Lake started to write stories at the age of five then graduated to novels but destroyed all her early work because, she says, it was hopeless. A chance meeting with one of the Getty family took her to Sutton Place and her first serious novel was born. Deryn was married to a journalist and writer, the late L. F. Lampitt, has two grown-up children and lives in Mayfield, Sussex, with two large cats. She is also the author of To Sleep No More, The King’s Women and Pour The Dark Wine.