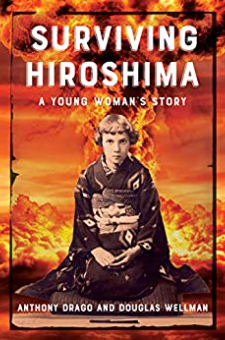 On August 6, 1945, 22-year-old Kaleria Pachikoff was doing pre-breakfast chores when a blinding flash lit the sky over Hiroshima, Japan. A moment later, everything went black as the house collapsed on her and her family. Their world, and everyone else's, changed as the first atomic bomb was detonated over a city. From Russian nobility, the Palchikoff's barely escaped death at the hands of Bolshevik revolutionaries until her father, a White Russian officer, hijacked a ship to take them to safety in Hiroshima. Safety was short lived. Her father, a talented musician, established a new life for the family, but the outbreak of World War II created a cloud of suspicion that led to his imprisonment and years of deprivation for his family.After the bombing, trapped in the center of previously unimagined devastation, Kaleria summoned her strength to come to the aid of bomb victims, treating the never-before seen effects of radiation.Fluent in English, Kaleria was soon recruited to work with Gen. Douglas MacArthur’s occupation forces in a number of secretarial positions until the family found a new life in the United States.Heavily based on quotes from Kaleria's memoirs written immediately after World War II, and transcripts of United States Army Air Force interviews with her, her story is an emotional, and sometime chilling, story of courage and survival in the face of one of history’s greatest catastrophes.