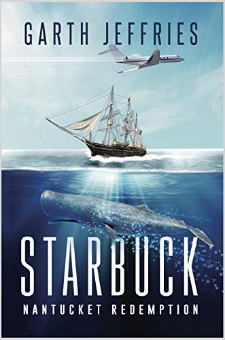 In this detailed and extraordinary debut novel, Garth Jeffries delivers a gripping story of adventure, family, and forgiveness. Peter Bois is one of the wealthiest men on Nantucket but is far from successful; his business is being picketed for polluting the oceans, his wife wants a divorce, and his best friend is dead. But fate has plans for him. On a picnic at the beach with his alienated family, Peter is caught up in a riptide and transported back in time to the early 19th-century as a greenhand on a Nantucket whaleship, clueless to where he is and ignorant to what is expected of him. Struggling to accept his new reality, he must confront the man he is and come to grips with life nearly two hundred years in the past as the ship pursues whales and battles storms thousands of miles out to sea. His only help? A crewman who looks and acts just like his dead best friend.On a voyage bristling with danger and death, Peter must survive long enough to figure out how to get back to his own time and back to where he can right his many wrongs.