South: Scott and Amundsen’s Race to the Pole 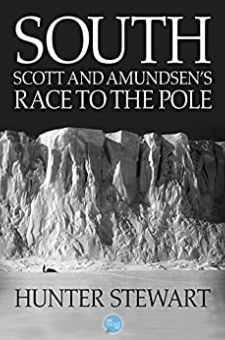 The race to reach the South Pole for the first time was an unparalleled adventure in the early twentieth century. South, by historian Hunter Stewart, chronicles the competition between two fierce rivals - Robert F. Scott and Roald Amundsen - to secure their place in history as the first man to lead an expedition to the most uninhabitable place on earth. South dramatically tells the story of the quest that is marked by heartbreak, greed, ego, and bravery - not only by Scott and Amundsen but by the courageous crews and financial backers who supported them. The journey to reach the South Pole was truly, as it was later called, "The Heroic Age of Arctic Exploration."