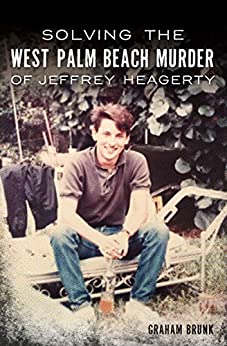 The true crime story of a love triangle, drug deals, and the 1984 cold case murder of a gay, South Florida teenager.
Jeffrey Heagerty was like most young gay nineteen-year-olds in South Florida in the 1980s, commonly finding himself and his friends at the popular Kevin's Cabaret in West Palm Beach on Saturday nights. On one of those Saturday nights in 1984, Jeff vanished from the club, leaving his friends behind even though he was their ride home. His body was found dumped in a canal the next morning and his car was missing, only to be found a month later, abandoned on the other side of town. Rumors of a love triangle, drug dealings and sexual encounters snarled police efforts at solving the case. The investigation stagnated and the case grew cold until the solution came from two unexpected sources: overlooked details in police photographs of Jeff's car and a mysterious letter from an inmate in the Palm Beach County Jail.