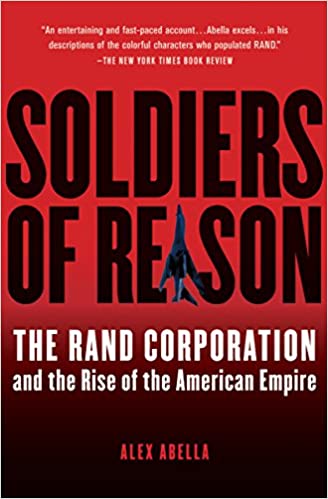 An “entertaining and fast-paced” account of the organization that defines the military-industrial complex—and continues to shape our world today (The New York Times Book Review).
The RAND Corporation was born in the wake of World War II as a think tank to generate research and analysis for the United States military. It was a magnet for the best and the brightest—and also the most dangerous.

In the Kennedy era, RAND analysts and their theories of rational warfare steered our conduct in Vietnam. Those same theories drove our invasion of Iraq forty-five years later, championed by RAND affiliated actors such as Paul Wolfowitz, Donald Rumsfeld, and Zalmay Khalilzad.

But RAND’s greatest contribution might be its least known: rational choice theory, a model explaining all human behavior through self-interest. Through it RAND sparked the Reagan-led transformation of our social and economic system, but also unleashed a resurgence of precisely the forces whose existence it denied: religion, patriotism, tribalism.

With Soldiers of Reason, Alex Abella shares a “well-researched” history of America’s last half century that casts a new light on our problematic present (San Francisco Chronicle).