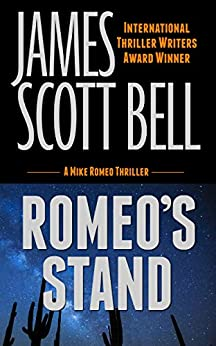 We were an hour from Las Vegas when the plane began to shake.Something is rotten in the little town of Dillard, NV. And Mike Romeo is right in the middle of it.After the plane he's on has to land in the desert, Romeo tries to check on the woman who was sitting next to him. But the hospital gives him a strange runaround. A local tough tries to lean on him. Then he runs afoul of the sheriff.That's when things turn ugly.Which is the wrong way to turn things on Mike Romeo. Because when he's pushed, he takes a stand. And that means some very bad people are going to have to take a fall.Another entry in the International Thriller Writers Award-winning series that is "sharp as a switchblade." (Meg Gardiner).