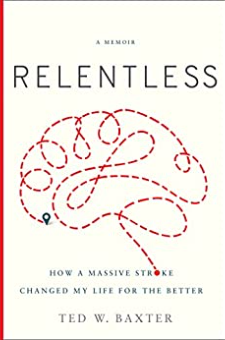 An Incredible Journey of Determination and RecoveryIn 2005, Ted W. Baxter was at the top of his game. He was a successful, globe-trotting businessman with a resume that would impress the best of the best. In peak physical condition, Ted worked out nearly every day of the week. And then, on April 21, 2005, all that came to an end. He had a massive ischemic stroke. Doctors feared he wouldn’t make it, or if he did make it, he would be in a vegetative state in a hospital bed for the rest of his life.But miraculously, that’s not what happened . . .In Relentless, Ted W. Baxter describes his remarkable recovery. Not only did he live, but he's walking and talking again. He moves through life almost as easily as he did before the stroke; only now, his life is better. He’s learned that having a successful career is maybe not the most important thing. He’s learned to appreciate life more. He's learned that he wants to help people—and that’s what he does. He gives back, volunteering his time and effort to help other stroke victims.Relentless is a wonderful resource for stroke survivors, caregivers, and their loved ones, but it is also an inspiring and motivating read for anyone who is facing struggles in their own life.