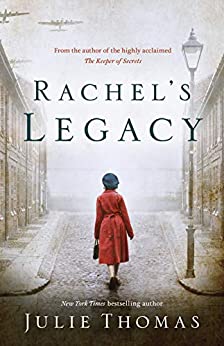 From the author of the highly acclaimed The Keeper of Secrets, New York Times bestselling author Julie Thomas When Dr Kobi Voight is given a set of old letters by his mother, he has no inkling that they will lead him around the world and deep into his family's tragic past.Within the letters - written in Hebrew and filled with delicate illustrations - lie the reflections of a young Jewish woman, forced to give up her baby daughter while fighting with the Resistance in Berlin. Who is the author, known only as 'Ruby', and what became of her child? And how does a priceless work of art, stolen by the Nazis, form part of the unfolding mystery?From the Holocaust to the present day, across continents and oceans, Kobi's journey will ultimately lead him to the truth about his family - and his own identity.Julie Thomas returns with the much anticipated sequel to The Keeper of Secrets and the next episode in the dramatic fortunes of the Horowitz family, set in Australia, Europe and America, from World War II to the present.