Race for the Flash Stone 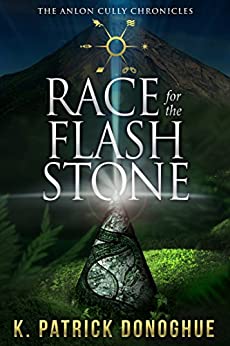 Scientist Anlon Cully clashes with savage villains in the hunt to unearth a fearsome ancient weapon, the Flash Stone.

Forged as a building tool, the Flash Stone can cut and shape rock with astounding precision. In the wrong hands, however, it can be wielded as a horrifying weapon. And it is endowed with yet another gift, a secret power known only to those who unravel its mysteries.

But deciphering the Flash Stone's secrets and whereabouts will not be easy, for the only clues at Anlon's disposal are an ancient map, a curious statue and three cryptic journals left behind by his murdered archaeologist uncle.

And time is not on Anlon's side...for there are others seeking to solve the same riddles...heartless fiends who crave the powers of the Flash Stone enough to kill for it.

Race for the Flash Stone is book 2 in the Anlon Cully Chronicles series, and is a continuation of the archaeological mystery first explored in book 1 of the series, Shadows of the Stone Benders.